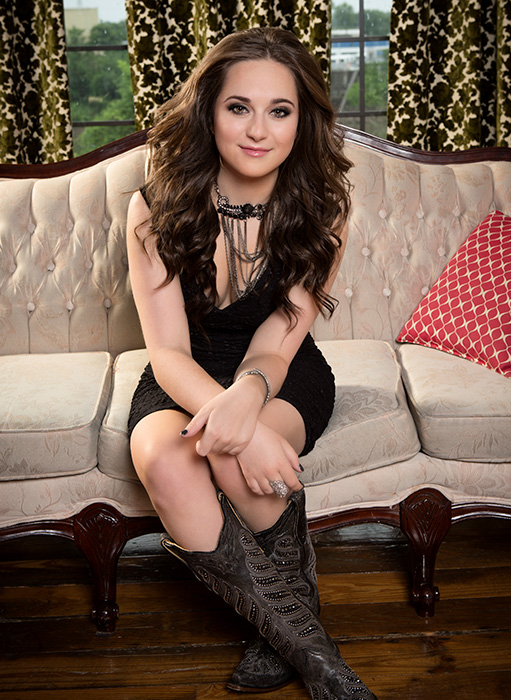 Lauren Lizabeth’s introduction to country music came from the only radio station that played any in the listening area of Narragansett, Rhode Island, where she grew up.

Her older brother was a country fan and tuned in to the station when he drove. Lauren was riding with him one day and got hooked. She was 12.

“I started to sing it and it felt so natural,” says the singer-songwriter, now based in Nashville. “Ever since that day I was obsessed with country. It was all I sang.”

The rising artist – the title single from her new EP, “To Be Young,” charted on Billboard in August 2016 – is no stranger to performing. She took the stage in her first musical at age 6 and continued to act and sing throughout her school years, landing her first professional acting job with Theatre By The Sea in Southern Rhode Island. She was still in high school.

Now, with a degree in musical theater from Marymount Manhattan College and three EPs under her belt, Lauren is planning her first tour. “Light a Match,” the second single from her newest EP, will be released to radio early in 2017.

“To be Young” is Lauren’s third EP but it is the first for which she co-wrote all the songs. She knew getting taken seriously as a country artist demanded songwriting skills, which launched a study of song structure as well as co-writing sessions.

She already accompanied herself on guitar, but training and experience in musical theater smoothed the transition into songwriting as well.

Shay Watson, her producer, is a frequent writing collaborator. Lauren’s vocal coach introduced them in 2011; after hearing Lauren’s voice, Shay knew he wanted to work with her. Her first EP was released later that year.

The seven songs on “To Be Young” chronicle the emotional rollercoaster that follows the end of a romantic relationship. Lauren says she didn’t realize it at the time – she’d think about how she felt, an idea sparked, and a song took shape. Songwriting was her way of moving through loss, anger and sadness. The title song celebrates moving on from the perspective of someone who knows the best is yet ahead.

The song is getting airplay on more than 145 country radio stations, and Lauren has been hitting two major radio markets each week, giving interviews and live performances. “To Be Young” debuted on the Billboard Country Indicator Chart on August 22, 2016 and remained there for 16 weeks.

She credits her brother for introducing her to the genre, as well as early inspirations such as Celine Dion and Carrie Underwood. But it is another female country star Lauren thinks about often – Jo Dee Messina, a Massachusetts native who charted 9 No. 1 singles and 16 Top 40 Singles.

“There hasn’t been a female country star from New England since Jo Dee,” Lauren says.

At least not yet.