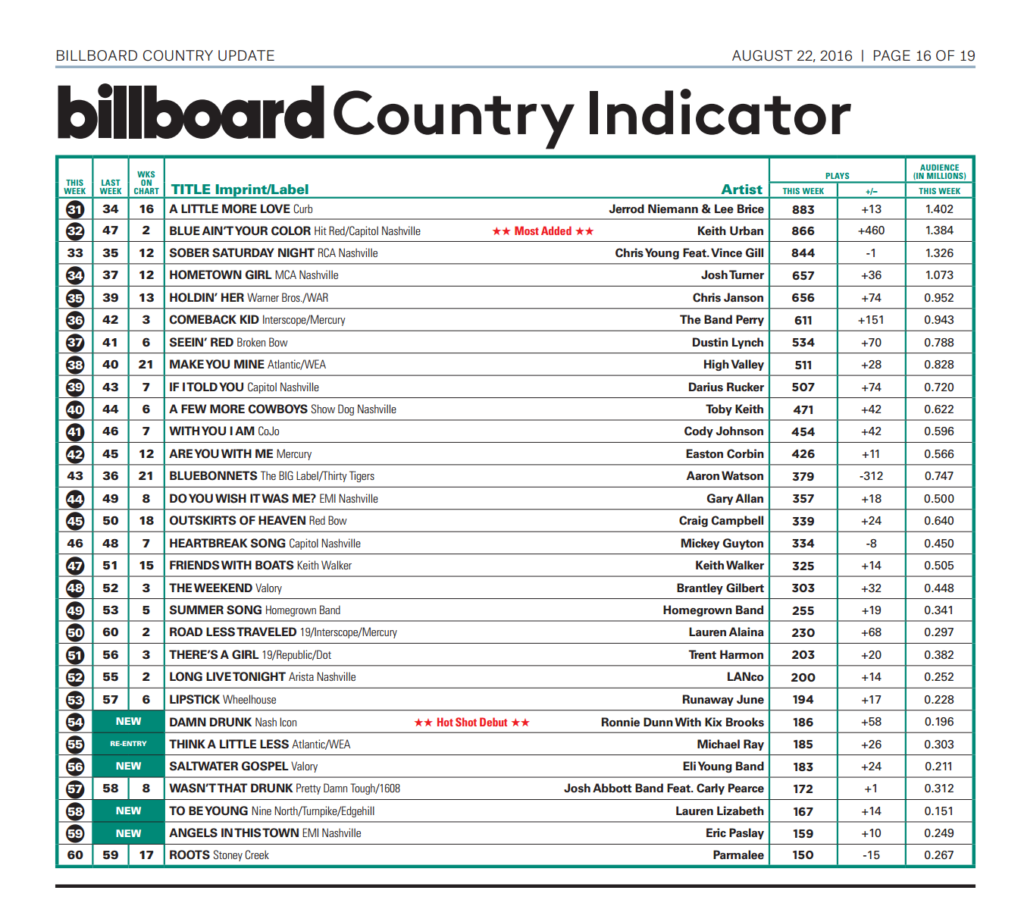 The song continues to gain momentum, entering its 12th week on the Billboard Country Indicator Chart just ahead of Thanksgiving. As of mid-November, it was getting airplay on at least 145 country radio stations.

“To Be Young” also is the title of the EP, which chronicles a post-breakup emotional rollercoaster. The title song is an anthem to moving on and living life to its fullest.

The single, which Lauren co-wrote with Shay Watson and Bill Whyte, marks the artist’s first time on the Billboard charts. She has moved to Nashville and is in the midst of a radio tour with on-air performances and interviews, hitting about two major country music markets each week.

“Light a Match,” the second single from the EP will be released to radio early in 2017, and watch for writers’ night performances in Greater Nashville and tour dates!